To subscribe to our newsfeeds, please visit our "Investors" tab. 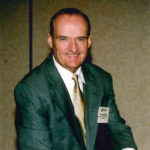 It is with profound sadness that we advise you of the death of Edward J. Trainor (“Ted”), former Chairman of the Board of Standex on March 30, 2014.  He was born January 1, 1940 in Boston, Massachusetts, the son of the late Edward J. and Mary M. (nee McDonough) Trainor.  Ted attended Boston Public School, and Don Bosco High School.  He then served four years active duty with the U. S. Air Force.

Ted completed his Engineering Degree at Boston University in 1966 and received a Master’s of Engineering from the Rochester Institute in 1973.  He completed an advanced management program at Harvard business School in 1980.  He started his career with Eastman Kodak, worked for Sarah Coventry Jewelry, and then joined Standex in 1984 as Vice President and General Manager of National Metal Industries. He served as President/CEO and Chairman of the Board during his 30 year career with Standex.  Throughout his career with Standex, Ted was instrumental in guiding the company through a transition that resulted in the company’s transformation and growth.

Ted served the company with dedication and distinction providing outstanding leadership in developing a dynamic senior team and fostering a culture of collaborative and engaged leadership, teamwork and innovative thinking throughout Standex.

Upon assuming his role as Chairman of the Board on November 26, 2001, an important inflection point for Standex, Ted applied the company’s rich history, experience and strengths while implementing the “Focused Diversity” strategy of Standex.  Ted’s keen diplomacy and strategic communications with employees and shareholders led to the ongoing support for Standex’s established programs to further the company’s strategic goals and create shareholder value during tough economic times.  Ted’s skillful leadership and unwavering commitment were indispensable in leading Standex to achieve record sales, earnings and growth and transforming the company into a recognized and respected manufacturing enterprise.

We will always remember Ted’s remarkable service, collaborative leadership, outstanding critical thinking and indefatigable passion and dedication to Standex, its employees and its shareholders.